I am unashamedly addicted to Laikipia believe me when i say i never saw myself ever foregoing a trip to this magical region that i have such a long standing love affair with for any other place in Kenya but well, never say never, Olarro happened and am glad because one a veer on my travel radar was kind of exciting and two i get to bring my readers something new and different.

Olarro is a maasai name meaning buffalo, a fitting name for the spectacular Olarro conservancy. It is a 20, 500 acre conservancy established for wildlife protection purpose only. The Conservancy is located in Narok County about 3kms from Ngoswani Trading Centre, approximately 60km from Narok town, off the Narok– Maasai Mara road.

The Conservancy is one of its kind in Kenya based on its mode of operations whereby the main objective of establishing the Conservancy was to undertake conservation activities alone and therefore does not depend on tourism as a form of income generating activity but is fully financed by an independent financier. The Conservancy occupies a section of Maji Moto Group Ranch and Siana Group Ranch. Initially the Ranch was small but was enlarged in 2015 to create more land area for conservation activities. A wildlife corridor was also established between the new area and the initial conservancy area to create room for ecosystem functions like migration of wildlife.The Conservancy sits along the corridor of the annual wildebeest migration and plays a significant role in the Greater Nguruman, Loita, Mara, and Serengeti ecosystems. It’s home to Olarro lodge and Olarro plains which i’ ll be featuring in part two of my experience

Olarro lodge is perched on the idyllic lightly lush green forested Loita Hills 65 kms from Maasai Mara National Reserve. It features eight secluded luxury cottages, a restaurant,a series of small inter-linked outdoor swimming pools, a heli pad and a spa. The cottages have a warm and inviting feel to them. They are a beautiful blend of comfort and luxury. Intimate and stylish with curved spaces,beautiful canopied ceilings, an interior decor that comprises of traditional and modern accessories not forgetting the terraces that are thoughtfully designed to take advantage of the captivating views of the vast plains. From the raw natural beauty and the stunning landscapes, to hands down one of the best destinations to view diverse animal life, to the fascinating traditional maasai cultures and a mix of modern flair and luxury, Olarro lodge offers the ultimate African bush safari experience.

On arrival it was brought to our attention that there was a wounded jumbo that was about to be darted as the vet unit was already on the ground. The options were either have lunch or join in and get a little experience of the process. In that moment having lunch was a luxury. There was no way i was going to miss all that. We got to the ground where a team of KWS rangers and the conservancy team were waiting. By use of a drone the jumbo was spotted uphill but on approach he retreated into the thicket.

Plane services became necessary to push the jumbo out of the thicket for examination and treatment in vain. In the process the conservancy boss was injured. The persistence of the team bore fruits eventually and he was pushed to the open,darted and treated as captured by Eliud 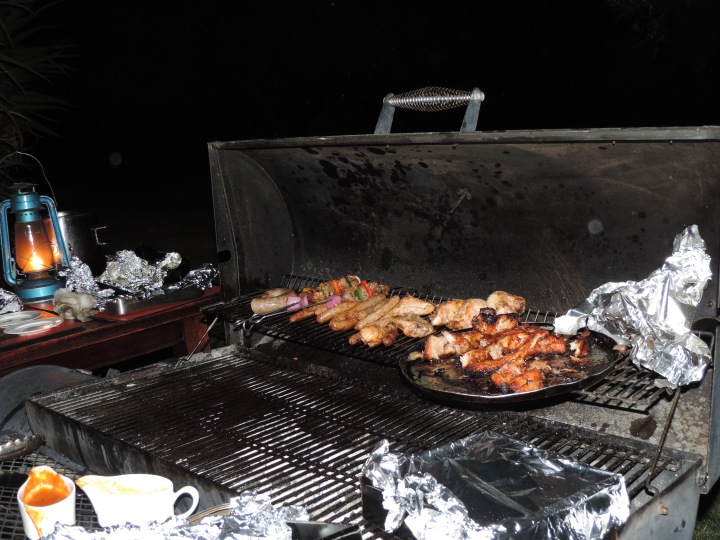 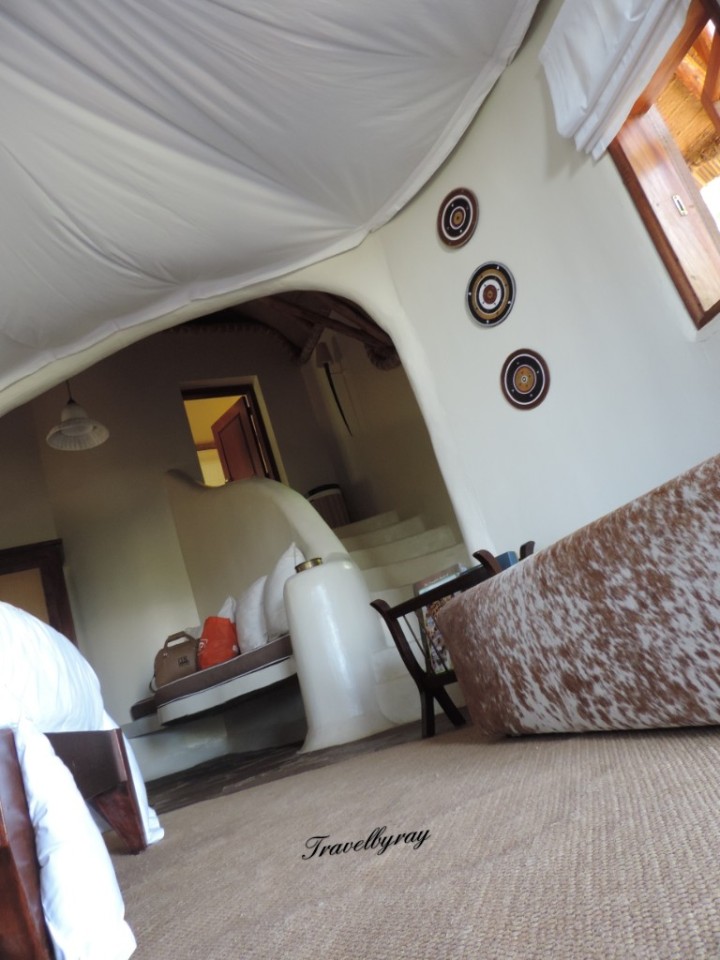 Olarro offers a wide range of activities including game drives that are scheduled in the early mornings and late afternoons, which are the best times for game viewing. 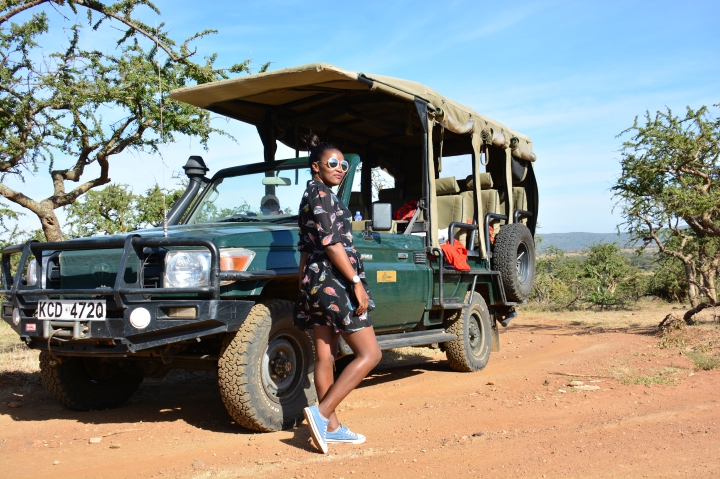 I was curious to know whether the conservancy faced the challenge common with  most parks and conservancies in the arid areas and how they handled it. They actually do; livestock invasion and their response from what i experienced is impressive. On day two over our morning game drive we spotted two goats in the conservancy and mentioned it to Laban our driver/guide who immediately stopped and made a radio call to the rangers at the nearest rangers camp who came and drove them out of the conservancy. Kudos Laban for not prioritizing us. Wildlife is an easy spot in Olarro conservancy. From the wild beasts to topi both common in the mara ecosystem in kenya. Antelopes, giraffes,zebras and my long nosed friends just to mention a few. 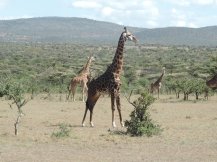 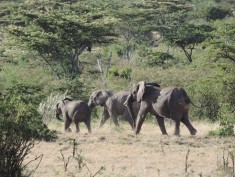 The thrill of spotting an animal in its natural habitat, especially one of the “Big Five” is quite unrivalled and honestly, never gets old for me no matter how many times I have been on safari before and more also when it settles to my long nosed friends.

After the game drive we had breakfast at the upper deck. Olarro Lodge offers 5 star menus which in addition to being delicious, fresh, organic and healthy are locally sourced from the lodge’s surrounding gardens. Olarro is an eco friendly lodge,nothing goes to waste. The reclaimed water is used for irrigation of  the gardens. They also use a state of the art technology and solar power to ensure a low impact on the environment. 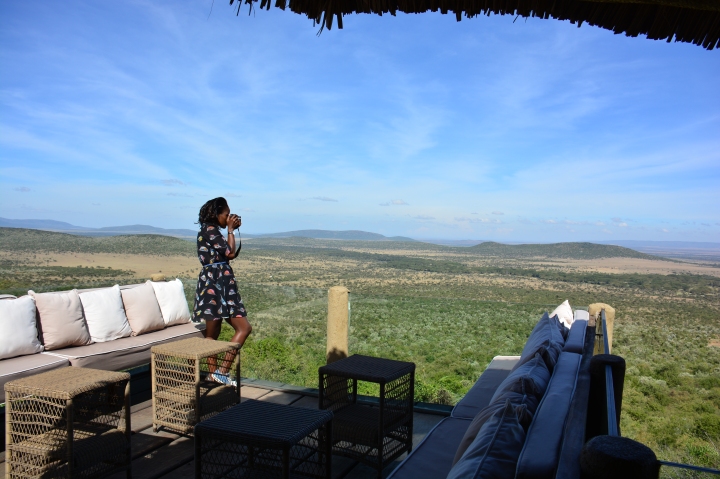 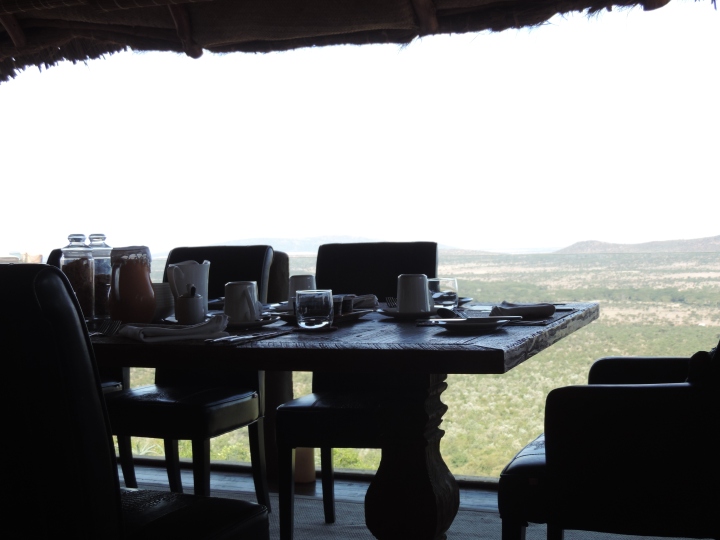 I have a feel that this post is getting too lengthy but before i get to part 2 of my experience allow me to give you a short sneak view of little Olarro. It’s a completely secluded suite set away from the other lodges with two en-suite bedrooms, its own lounge and dining room. 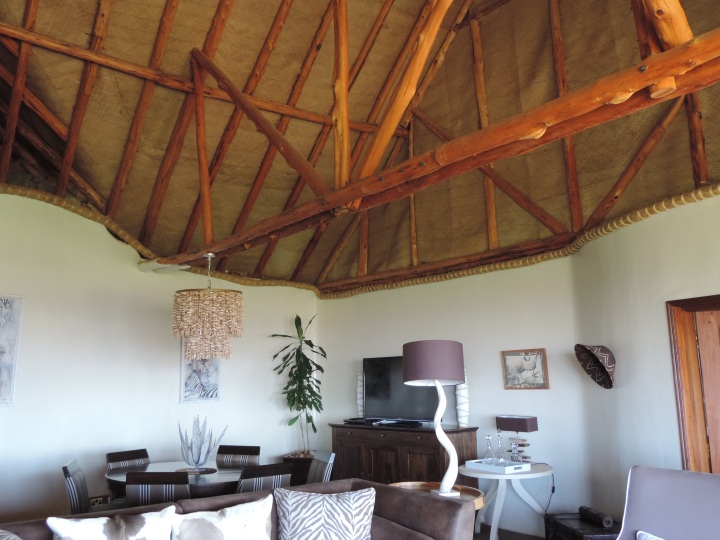 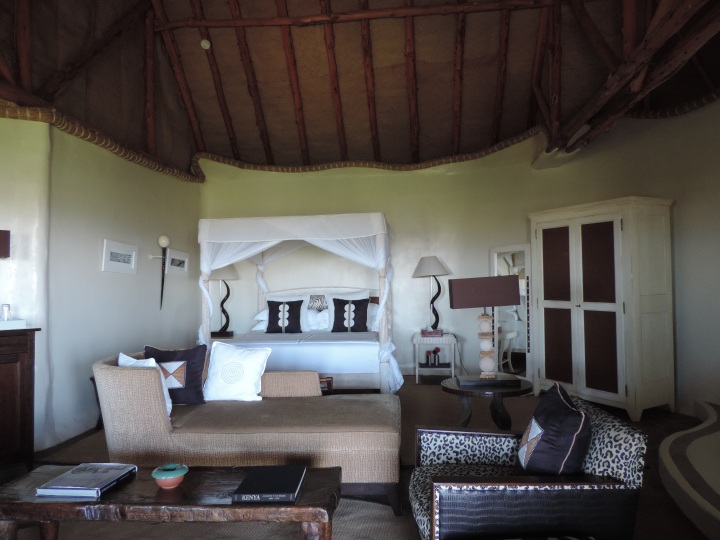 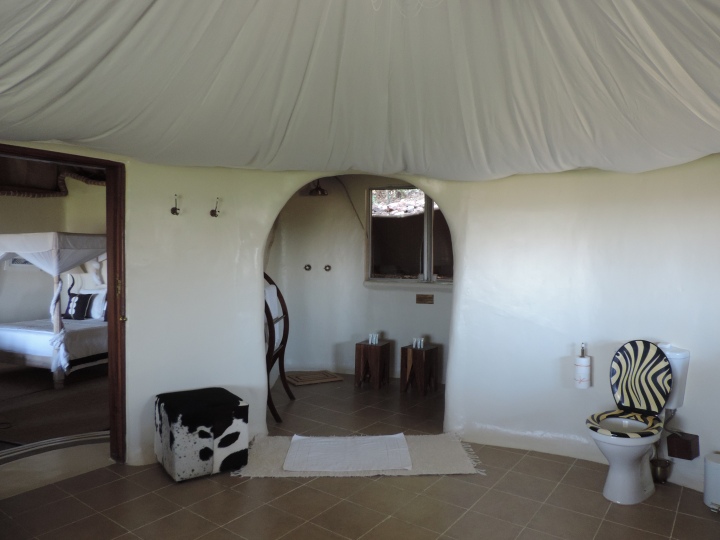 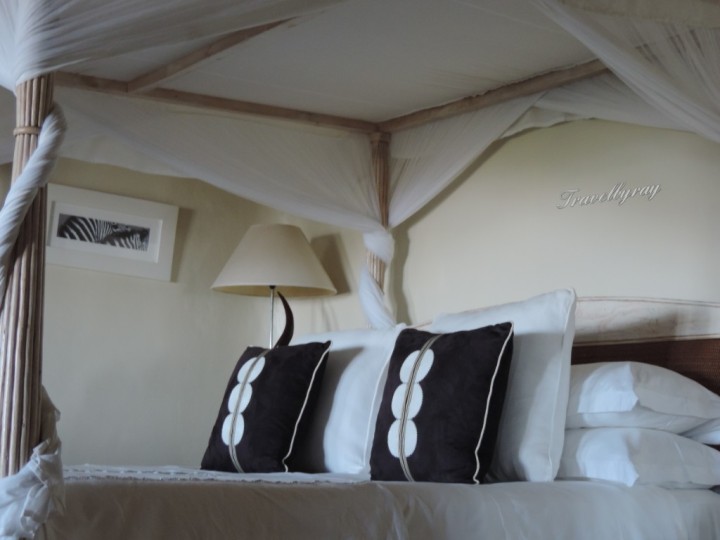 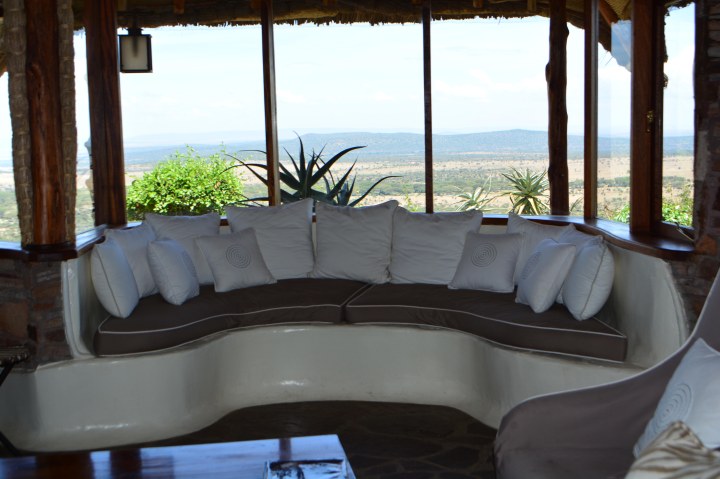 It’s always a pleasure having you here,don’t go too far. Part 2 will be up soon, which you can also read about here.